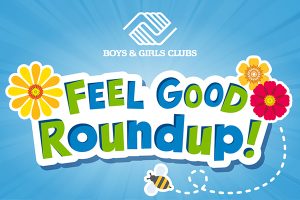 Fun and inspiring Boys & Girls Club highlights to start your month on a high note! Got an uplifting Club-related story to share? Send it to communications@bgca.org! 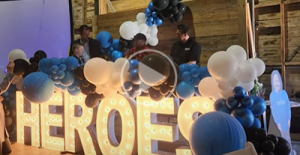 Country singer Justin Moore is a big fan of Boys & Girls Clubs in his home state of Arkansas. He’s played eight benefits for the Boys & Girls Club of Saline County alone that raised over $700,000. In early April while performing at Bryant Boys & Girls Club’s annual awards luncheon, Justin made a young fan’s life when he autographed the boy’s guitar and took his request to boot. Just Justin being Justin. 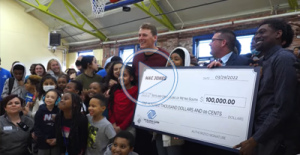 On a recent visit to their Brockton, Mass. Clubhouse, N.E. Patriots QB Mac Jones donated $100,000 to Boys & Girls Clubs of Metro South. Mac J met hundreds of kids, got to know them some more during breakout sessions and even played hoops with them. Smooth moves, Mac. 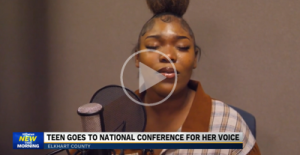 Meet Chyniah, an amazing singer and even better person performing at National Conference this week in Chicago. The 17-year-old high school junior attends Indiana’s Boys & Girls Clubs of Elkhart County. Her post-secondary goal is to study fashion design and music at the University of North Carolina. Go Chyniah, Go Chyniah! 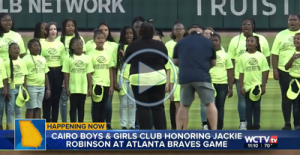 To celebrate the 75th anniversary of Jackie Robinson courageously breaking baseball’s color line, members from Jackie Robinson Boys & Girls Club of Cairo/Grady County in south Georgia traveled from Cairo (#42’s birthplace) to sing the national anthem at Truist Field, home to the Atlanta Braves. Equally cool was Club Director Stephen Francis tossing out the first pitch on Jackie Robinson Night. Check out the video with all the cool deets. 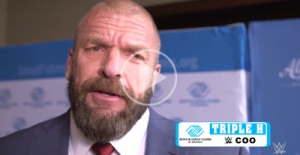 BGCA’s Alumni Hall of Fame is a staple of National Conference going back to 1996. Curious which AHOFer has the most juice with YouTubers, we did some research. The winner with 139,000 views: the WWE’s Triple H aka Paul Levesque, aka The Game, aka King of Kings etc., etc. Who’s in the AHOF Class of ’22? Find out on bgca.org.